NEL - Mexico. Conversation of the School. "Bodies in analysis: The Image of Bodies, Secret of Castration".
The Conversation of the School that took place in Mexico City was hosted by Raquel Cors Ulloa. The exhibition revolved around her elaborations on the imaginary dimension of the body, understood, from a clinical perspective, as a time prior to the constitution of self and of the body that one has, a time in which the secret of the image that is castration is present. She was accompanied by Silvana Di Rienzo and Vianney Cisneros. 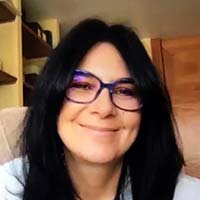